This week has been filled with great learning centred around all different types of sport from across the world and amazing sporting challenges, ranging from: long jump, defending and catching to blind-folded obstacle courses and wearing as many clothes as possible to throw into a laundry basket!

Not only did the children of All Saints take on the challenge but many families got involved too (for extra house points of course!)

The School Games Teams page was filled with videos of children’s attempts as well as great family efforts of all the afternoon sporting challenges. What was most apparent was how much fun everyone had along the way. Here are some of the amazing efforts from our All Saints’ family. 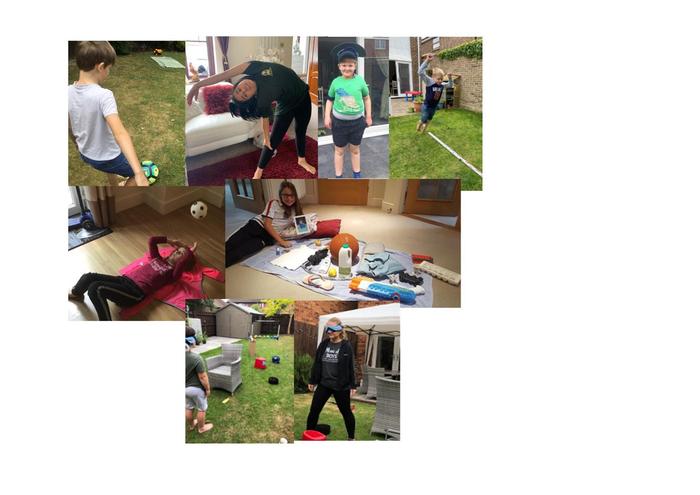 The week beginning 11.05.2020 Year 5/6 were asked to take part in the Virtual School Games Tennis competition!

Get Berkshire Active have been running online competitions for the past couple of weeks for schools to get involved in and compete.

36 schools across Berkshire and 556 participants took part in the tennis competition.

Our year 5 and 6 children took on the challenge and exceeded all expectations by winning themselves a Bronze certificate!! 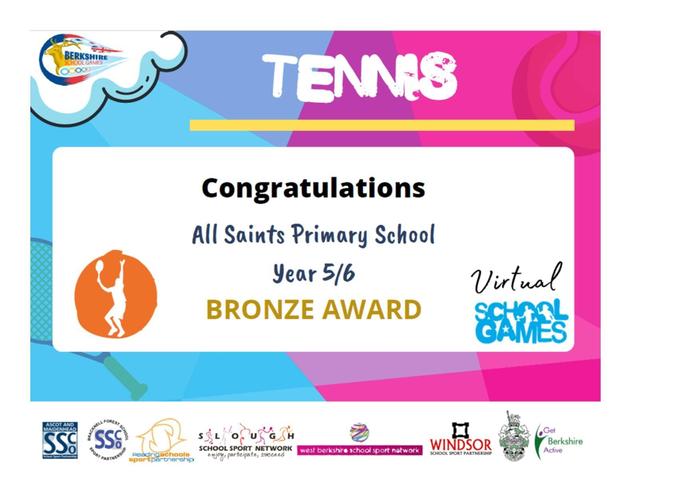 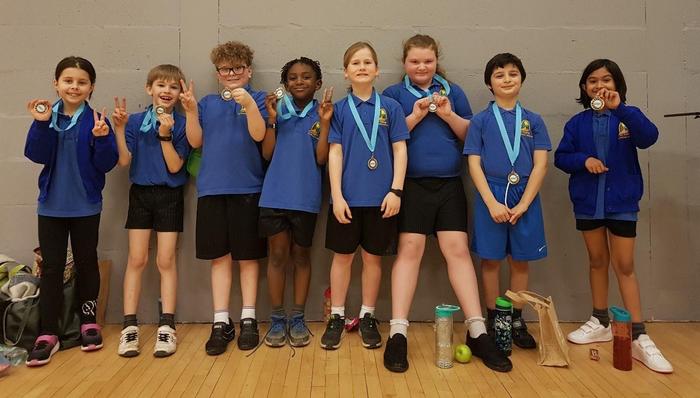 On Wednesday 5th of February 2020, 6 of our year 3 and 4 children competed in a SMASH Badminton competition that involved using a range of hand-eye co-ordination skills as well as fundamental badminton racquet skills. They thoroughly enjoyed participating in the events run by the junior sports leaders at Waingels College and came back winning SILVER medals!

Here is what Ethan from year 3 had to say about the day’s events:

“On the journey there, we were really excited because we thought we were going to win a Bronze, Silver or even a gold medal. There were 9 teams all from Wokingham. We practiced a bit before to use time while everyone was arriving. When everyone arrived, we started. Here are some of my favourite events that we played: there was one where you had to move a shuttlecock from one spot to another without turning around, there was another where someone threw the shuttlecock and another person hit it and someone else had to catch it. After the games, the results were in and we came…….. 2ND!!! According to the coaches it was really close between 2nd and 3rd so we just skimmed it.” 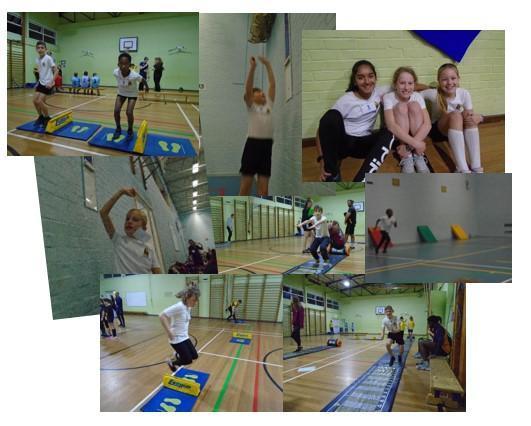 On Thursday 28th of November 2019, 20 of year 5 and 6 went on an athletics competition to Maiden Erlegh. During the competition, children participated in multiple events including field events such as: vertical jump, standing long jump, triple jump, soft javelin throw, chest throw and speed bounce; as well as running events such as: 6 leg paralouf (2 children competing in 3 laps each with a double exchange of batons), an obstacle course race and relays. Children enjoyed cheering for each other and giving positive feedback after their events; all children were exhausted by the end of the day. Even though we only achieved 13th place out of 22 schools, there were some personal achievements made on the day, including; first and second place in the vertical jump as well as children achieving personal bests in all areas. Overall, it was a very enjoyable day for all of the children to have an opportunity to participate in. 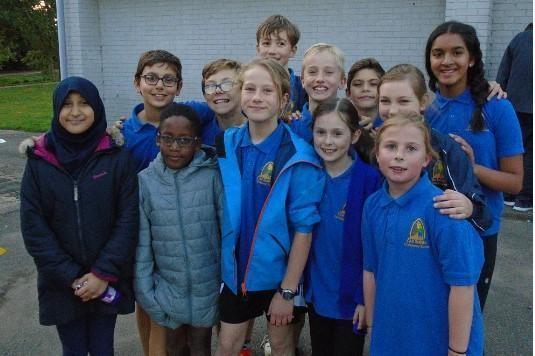 On 9th October, 12 of our year 5 and 6 children competed in a School Games orienteering competition, at Woodford Park against other schools in Wokingham.

The year 6’s had an advantage as they had competed last year as year 5 students and so were paired up with the new year 5’s to ensure they had an idea of what they needed to do.

Even though the course was completely different, our children were confident in their approach and were able to complete the course in a good time. A big thank you has to go to the adults who were willing to be marshals at the event, as some schools took a considerable amount of time to finish the course and this meant that the event finished half an hour after the allotted time. Thank you also to the parents of our year 5 and 6 competitors who also had to wait an extra half an hour for children to get back from the event.

I am ecstatic to say that all the hard work and time was worth it, as All Saints were awarded Bronze medals in the event! Well done Year 5 and 6! 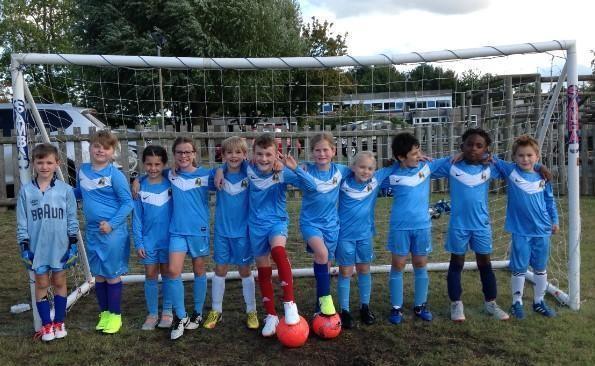 On Wednesday 26 of September 11 of our year 3 and 4 boys and girls from All Saints participated in a School Games football festival against other Wokingham schools.

In order to progress to the final rounds of the competition we had to win the pool that we were in, which consisted of 4 other schools from in and around Wokingham.

The children played fantastically and got off to an amazing start by drawing their first game 0-0. Over the afternoon we managed to win another 2 games! Unfortunately due to the narrow losses that we did suffer we did not top our pool and therefore did not qualify for the final rounds in the Spring Term. However, our year 3 and 4 children should be extremely proud of their achievements for their first games of the year as they showed great sportsmanship, teamwork and perseverance!

When we arrived we split into two different teams and, over the course of the morning, played 6 games in total. The children played extremely well and all agreed that they definitely got better as the games went on.

All children were able to control the ball for speed and accuracy, producing some amazing shots! They also showed wonderful sportsmanship and pride in the badge throughout the competition.

Overall our two teams placed 2nd and 3rd and should be very proud of their achievements! 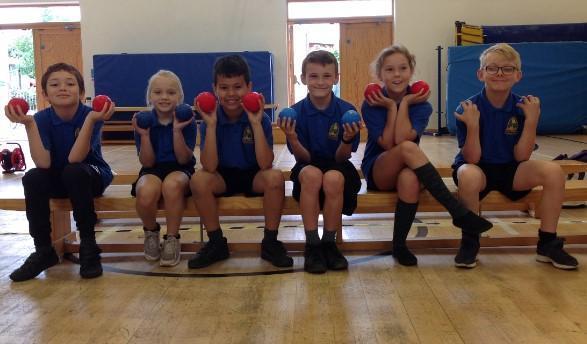 We have had great fun this term in year 5 and 6 learning a hip hop dance in P.E. We learnt a routine to the song ‘Party Up’ and followed dance moves choreographed by professional hip hop dancers. We then learnt a hip hop technique known as ‘tutting’; once we had learnt a section of ‘tutting’we added this to the existing choreography and added our own section that we choreographed as a group. Here is one of our groups from year 5 Spain performing their dance. 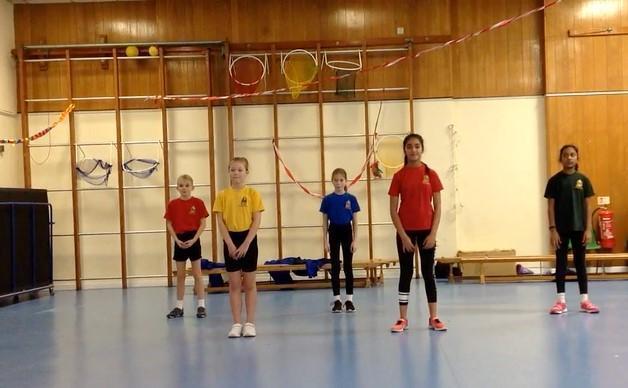 Although we did not win overall, the team did extremely well and everyone showed fantastic sportsmanship!

Ryan C in America class was our man of the match with a fantastic performance and such an encouraging attitude towards his teammates; it is so wonderful to see our All Saints values being spread to outside events and for our children to be showing true pride in the badge. Let's hope for the next tournament (New Age Curling), that our team can improve on their performance and place at the event.

All Saints year 3/4 girls and boys also competed in a Sports Hall Athletics competition this week, at Maiden Erleigh, on Monday 19th November. Events ranged from indoor relay races to indoor throwing and jumping events. All of the children showed excellent pride in the badge while competing and did All Saints proud! We are yet to hear where we came overall, but will be updated in the next few weeks.

Well done All Saints on a fantastic few weeks of sport!

All Saints have had a great start to the second half of the Autumn Term with lots more events taking place and more to come! 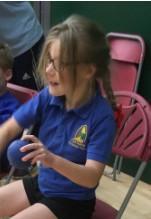 A great well done to our year 3 and 4 boys’ football team who played at Crossfields on the 11th October, with 6 games played throughout the afternoon. The overall atmosphere on the day was great and the boys were extremely proud of their achievements, especially winning one of their games.

Our year 5 and 6 netball team also did extremely well at the B team ‘High Five Netball’ Festival on Thursday 18th October, winning 2 games out of the 6 that they played.

This half term, our year 3 and 4 girls’ football team attended a tournament at Crossfields on Tuesday 6th November and played extremely well! With a rocky start to the first couple of games, we ensured we had a team talk, swapped a few players around and managed to draw the third game. The highlight came in the next game with Melissa D scoring 2 goals and winning us the match! Unfortunately we lost the final match but overall the experience was wonderful for our girls who had never been to a football tournament before.

A great big thank you to those parents who came out to support us at the football tournament! The atmosphere was amazing and the girls were so proud to have supporters there watching.

We hope to see you again at our next event and help to encourage our children to continue to achieve these amazing results! 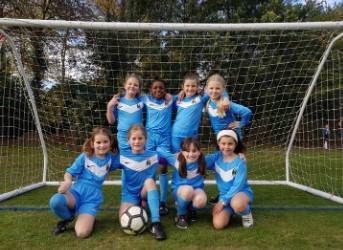 All Saints have already had an amazing start to the year with a number of sporting events taking place in October!

Our year 3 and 4 team are also heading to a football festival hosted by Crosfields on Thursday 11th October and we hope that you can come along to support! As a school, we are striving to achieve a Gold Sports Games Award this academic year and all of your support will go a long way to achieving it.

We hope to see you at our next event and help to encourage our children to continue to achieve these amazing results!

Please read our match reports for a more in depth account of both our netball matches this week. 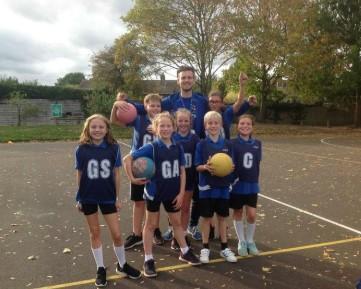 On Friday 5tOctober 2018, All Saints Primary School faced Grazely Primary school for a year 5/6 league football match at All Saints’ football pitch. At the start of the game Grazely took kick-off for the first 20 minutes (first half). Both teams battled hard, but the first goal was scored by All Saints. Just before half time, the second goal came for All Saints. At half time the score was 2-0 to All Saints. Soon after the break, the third goal for All Saints was scored. Grazely tried hard but couldn’t break down our strong defence. Then after a corner from Grazely, All Saints pressed high up on the other side of the pitch and our fourth goal came by high pressure. People watching the match thought that it would be over but there were more goals to come. Gosh! A fifth goal for All Saints but right before the end Grazely came up with a goal. The final score was 5-1 to All Saints. We all battled hard, we were exhausted by the end of the game but All Saints came out on top. To celebrate we all shouted “ALL SAINTS RULE!!”

Unfortunately not the ones with chocolate chips.

Some cookies are necessary in order to make this website function correctly. These are set by default and whilst you can block or delete them by changing your browser settings, some functionality such as being able to log in to the website will not work if you do this. The necessary cookies set on this website are as follows:

Cookies that are not necessary to make the website work, but which enable additional functionality, can also be set. By default these cookies are disabled, but you can choose to enable them below: